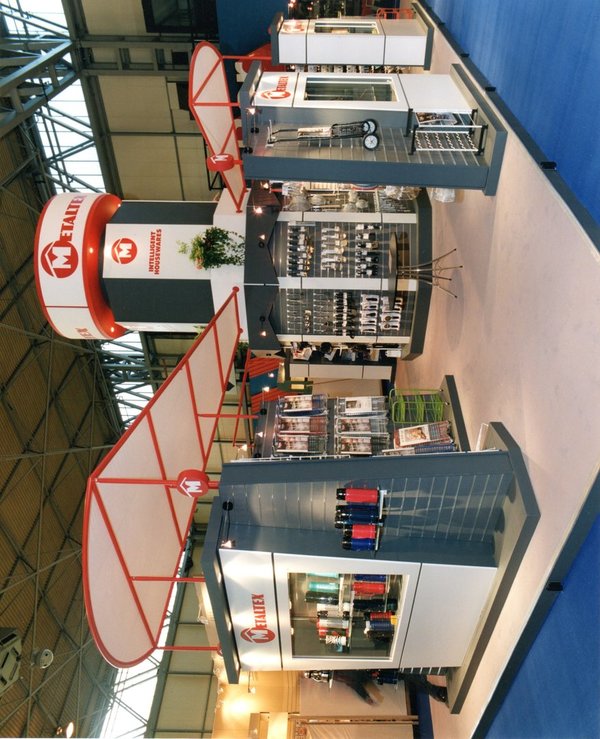 This was a reusable exhibition stand for Metaltex UK, used twice each year at the Int. Spring Fair and Autumn Housewares Show, both at the NEC Birmingham. Metaltex is a major housewares company around the world with headquarters in Switzeland, their home country.

A very broad range of products and gadgets for the kitchen and laundry, displays were mainly on laminated slatwall panels, as they would be in-store. Externally, there were a number of glazed showcases around the perimeter of the stand.